A negative online review can affect anyone:

Clients often ask whether they have to tolerate reviews at all. The BGH generally permits reviews (BGH “Spickmich” ruling of 23/06/2009 – VI ZR 196/18 and ruling of 23/09/2014 – VI ZR 358/13). It decided that doctors, companies and self-employed people must in principle allow themselves to be evaluated on public review portals because they generally also offer their services to the public. However, this ruling does not mean that all reviews have to be tolerated. Those concerned still have the option of taking action against illegal online reviews. 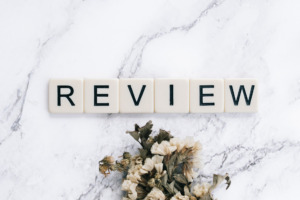 Untrue or insulting reviews by customers

When searching for ratings and reviews, you often read customer testimonials that have insulting content. These are often untrue or sometimes deliberate. The reasons for making such a review are many and varied. For example, the customer’s expectations of a product may be too high or wrong, or there may have been a misunderstanding about its use.

Often, incorrect reviews are also given by competitors in order to make their own product or service look better. Reviews that are deliberately wrong and damaging to the business are especially problematic. These are usually written professionally and with calculated sophistication. Contrary to a mostly emotional customer review, it is better thought out and more precise.

remove negative reviews by a lawyer

Removing a bad review from a portal

If there is a bad online review, we use the following procedure to remove and delete it.

Experience has shown that lawyers’ requests to remove a review have a significantly higher chance of success. Portals are bound by the BGH’s Blogspot criteria and assess reviews following a concrete demonstration of the factual basis and a corresponding legal assessment. This legal examination is reserved for lawyers (Section 2(1) German Act on Out-of-Court Legal Services (RDG)).

Legal basis for the deletion and removal of reviews

We always apply the dual strategy and argue for both infringements. This puts the portal operator under greater pressure to remove the review.

Infringement of the general right of personality

Many negative reviews infringe the general right of personality. An infringement shall be deemed to have occurred if the review constitutes

Deletion and removal by the reviewer or the portal

For the deletion and removal of a prohibited, negative review, one takes action against

Effective action against the portal

First we take steps to remove the review as quickly as possible. For this purpose, we write to the portal with a legally justified request for deletion (“notice-and-take-down letter”). This is the most direct and fastest way to delete and remove the review.  The portal operator must take action once they become aware of the facts concerning a violation of the right of personality and have received a corresponding legal assessment in the form of our letter. We design the letter specifically to meet the requirements set by the BGH in its Blogspot landmark decision of 2011 and to put the portal under pressure to act (BGH “Blogspot” ruling of 25 October 2011 – VI ZR 93/10). Our letter will be forwarded to the responsible legal department. This is done with all legal letters in order to protect portal users (reviewers). The legal department usually examines the facts of the case objectively and without personal bias.

Portals remove and delete reviews after the first letter

Insulting reviews and abusive criticism are often then removed directly. By doing this, portals aim to protect their users from further legal action. Untrue reviews are usually checked by forwarding them to the reviewer. Our letter will be forwarded to the reviewer for this purpose. In order to avoid the threat of legal enforcement, many reviewers then decide to withdraw the review. It is then removed.

Courts can force portals to delete and remove ratings

If, on the other hand, the operator does not delete the review, we can force them to do so by court order. In a recent decision, the German Federal Court of Justice has established the jurisdiction of German courts for actions against American Internet portals such as Google or Tripadvisor (BGH ruling of 21/04/2016 – I ZR 43/14). You can therefore sue for your injunction in court, even if the portal is based abroad. It should be noted that the operator of the review portal is not liable for damages. The operator is not the initiator of the offending review. For this reason, at your request, we will take action later (after the portal has requested removal) against the reviewer themselves.

Secondary action against the reviewer

We prefer direct action against the portal to action against the reviewer. Steps against the reviewer themselves would only indirectly lead to deletion. They would first have to be moved to remove it. Only then would they have to request removal from the portal. Furthermore, reviews are often given anonymously. Their authors’ details are therefore initially unknown. Review portals are only rarely obliged to help identify authors. There must be a criminal offence (fraud, defamation), which is difficult to prove and which would have to be reported. Portals would only be obliged to make the reviewer’s data available following a letter from the public prosecutor’s office. They do not provide their users’ data voluntarily for data protection reasons. Their business model is based precisely on enabling users to review goods and services without revealing the identity of the reviewers. Therefore, we only take action against the reviewer (after consultation with you) after writing to the portal with the “notice-and-take-down letter”.

After writing to the portal: Action against the reviewer

If the identity of the infringing party is known to you, we will be able to take action against the author after writing to the portal. In addition to your

Compensation for damages often includes legal fees. In the event of particularly serious violations of your right of personality, you are also entitled to compensation. For this purpose, self-employed persons and traders should keep a record of their turnover and loss of turnover before, during and after removal and deletion of the review.

remove negative reviews by a lawyer

Do you have a general question about “delete negative online review”? We answer them here for free!